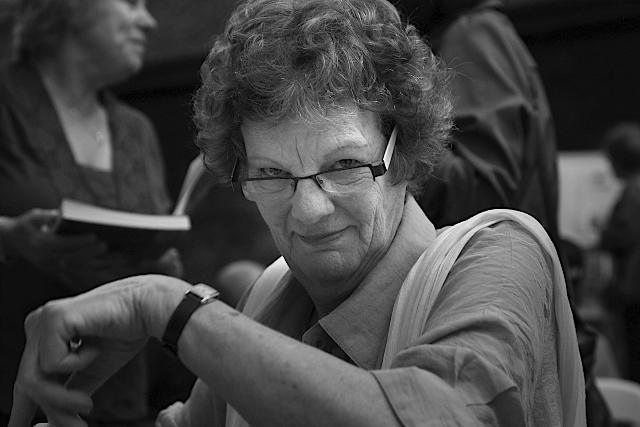 As Special Adviser to the WA Minister for the North West (Pilbara) 1976 – 1979  Hannah advised government on the difficulties experienced by women living in the new, remote mining towns without their extended families and friends. Here she met enlightened visionary, Kimberley Ngarinyin lawman  David Mowaljarlai who remained her close friend until his death in 1997.

After representing Australia at the UN Habitat Conference in Vancouver Canada in 1976 Hannah was head-hunted by the Saskatchewan Government to become their Director of Urban Development. Here she became closely involved with Indian and Metis affairs,  environmental issues and remote living, and became Western Canada’s spokesperson for indigenous and environmental issues. She was soon hunted back to Australia where she again took up the cudgel for remote indigenous peoples, working closely with her friend and colleague Mowaljarlai.

After a period of working as adviser to NT Chief Minister Paul Everingham, Hannah was invited to return to WA by then Minister for Employment, later Premier Peter Dowding, to address issues in remote Aboriginal communities of the Kimberley.

By 1986 Hannah has amassed a deep understanding of Aboriginal law and culture, and an extraordinary friendship network with the Wandjina peoples. However the pressure of marrying two such divergent cultures in an equitable relationship proved as difficult as achieving gender equity in the 60′s and 70′s. Her deep frustration resulted in her withdrawal from paid professional consulting, and after a three year break, she returned to the Kimberley as simply a ‘friend’.

In the 1990s she and Mowaljarlai set up many cultural tourism experiences, including Bush University, and the Ngarinyin Education Initiative, a cultural and educational exchange programme through which 20 traditional indigenous students were educated in Perth’s prestigious private schools, and in Albany (WA).

Throughout these 4 decades Hannah has been a cutting edge advocate for youth in the community, raising 35 teenagers at risk, on her own. She taught Literature, English and History at Great Southern Grammar for 4 years, and worked at NASH’s for a year with the indigenous literacy programme.

She started writing Storymen, her second book, while continuing to work with many Albany (WA) TEE students in Tutor Groups.

Her first book Men’s Business Women’s Business, (Inner Traditions International 1998), published internationally in three languages so far, was written at the request of Mowaljarlai and the circle of Wandjina people’s lawmen and law women who ‘taught her up’ over 35 years, and was produced in collaboration with them.

In 2007, she moved to Ross Creek near Ballarat, Victoria to be near her father who was in the  last stage of  his life. Here she finished writing Storymen, in addition to two young peoples’ books, still currently works in progress. She is now settled in Smythesdale, living on 10 acres in a muddie, surrounded by birds, roos and bush.